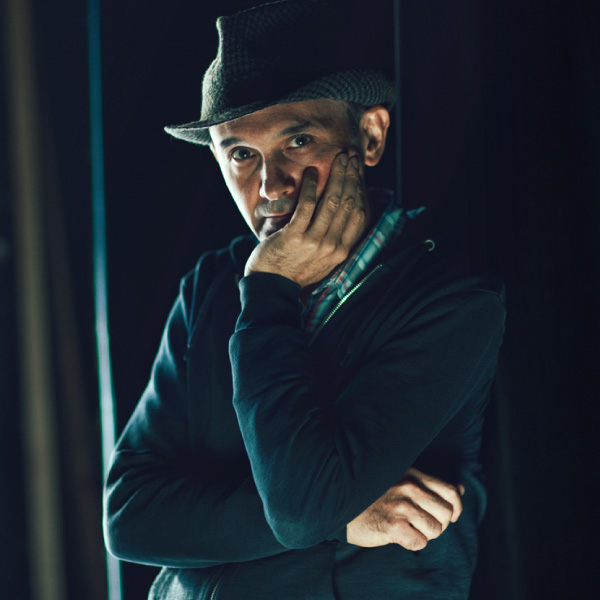 Paul Bargetto is an international theater director, festival curator, and teacher. He has lived and worked between New York City and numerous European countries including Poland, Romania, Germany, and Turkey for the past fifteen years.  He is currently making work with his company Teatr Trans-Atlantyk in Warsaw.  In New York City, he founded the theater company East River Commedia (1998-2010) and the undergroundzero festival (2007-2014). His workshop for actors, The Flying Sandbox, has been presented in numerous incarnations in New York City, Warsaw, Poznan, and Bucharest.  In 2005, he helped to found the League of Independent Theater, an advocacy organization for independent theater in New York City.  He holds an MFA from Columbia University in Directing and B.A. in Drama from San Francisco State University.  Directing credits include California and Album Karla Hockera with Teatr Trans-Atlantyk at Instytut Teatralny in Warsaw, Laknienie/Hunger/Foame a conceptual staged reading and feast with the Theatre of the 8th Day in Poznan and at the 2014 Temps D’ Image Festival in Cluj, The Gospel of Saint Matthew after Pasolini with The Living Theatre, A Couple of Poor, Polish-Speaking Romanians by Dorota Maslowska at the Abrons Arts Center, Auto da Fe, by Masataka Matsuda with International WOW at Baruch Performing Arts Center, Crumble, Lay Me Down Justin Timberlake by Sheila Callaghan at the Theater Bielefeld in Germany, Necessary Monsters by Carla Kihlstedt and Rafael Oses, at the Chicago Museum of Contemporary Art, The Magnificent Cuckold at the Connelly Theater in New York, The Jamal Lullabies at Collective Unconscious, The Taming of the Shrew and Serenada si Vulpe Filosof at the National Theater of Constanta in Romania, Serenade & Philosopher Fox by Slawomir Mrozek at Collective: Unconscious, Philosopher Fox at the Malta International Festival in Poznan, Poland, and Striptease & Out at Sea, by Slawomir Mrozek at La MaMa ETC.