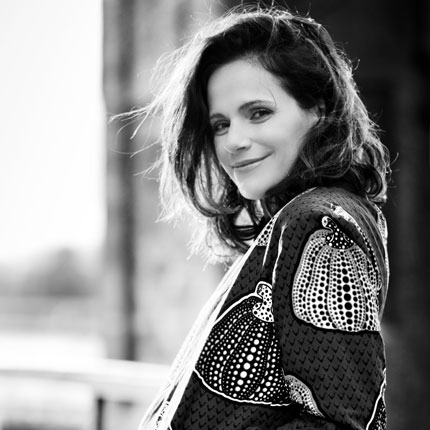 Marta Król is a graduate of the acting department of the Ludwik Solski State Drama School in Krakow and the screenwriting Department at the Wajda School in Warsaw. As an actress she has worked with many important directors including Krystian Lupa, Paweł Miśkiewicz and Ondrey Spisak at Teatr Dramatyczny in Warsaw.  She won a prize at the Two Theaters Festival in Sopot for her portrayal of Żaklin in “Walizka” a theatre for television production. She is known to a wider audience from her work on the television series “M jak miłość”, “Lekarze na start”, “Egzamin z życia” and “Lifting”. She has recently completed filming “R.E.N” directed by Piotr Ryczek, where he plays a leading part. She is the co-founder of the Trans-Atlantyk Theater Foundation. On a daily basis, she is the mother of three children, Maks, Tosia and Gabi, and the wife of Marcin Gajko, a well-known music producer.