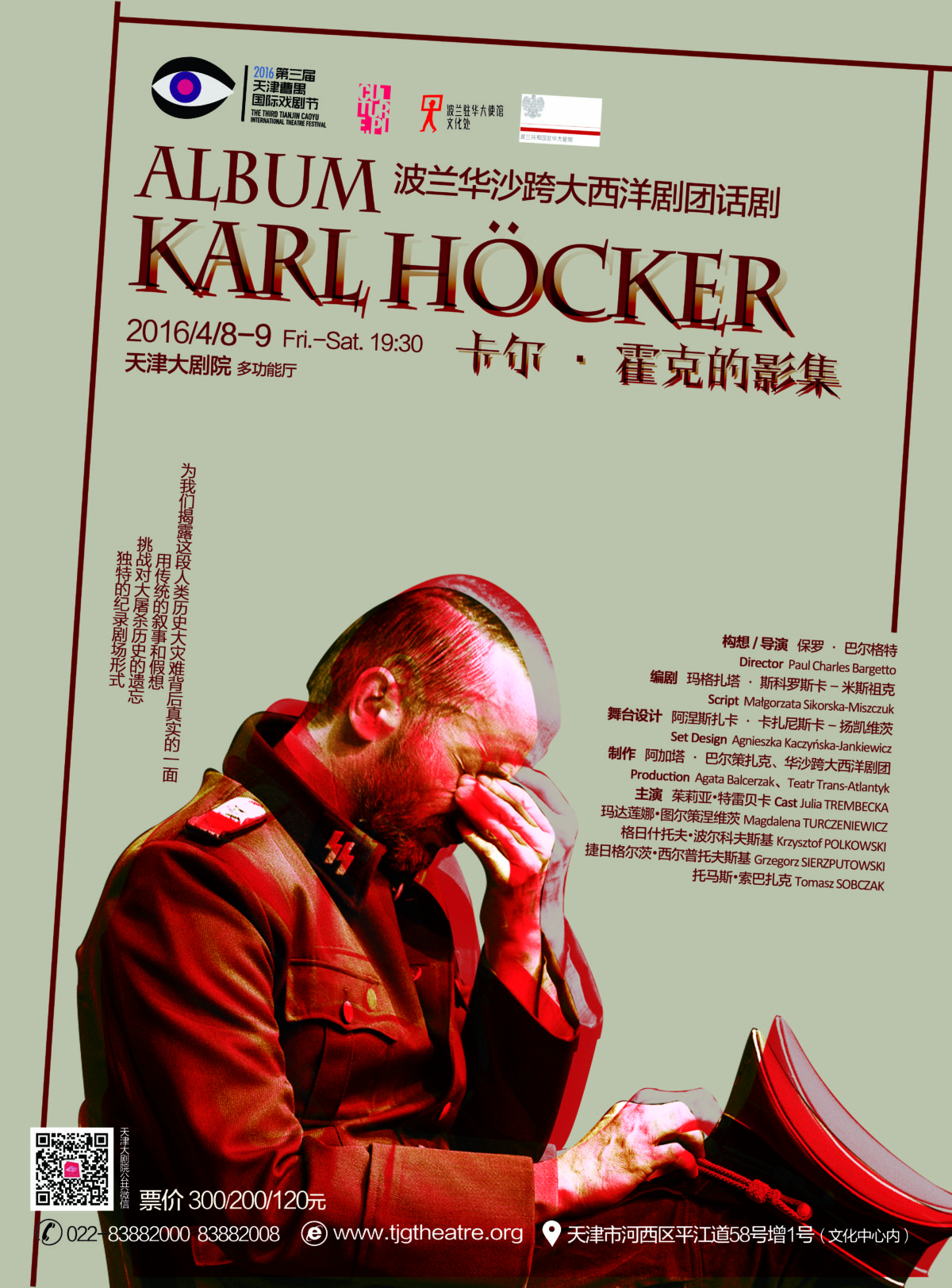 In 2017, we had one of the greatest adventures of our lives.  We were invited to represent Poland as part of an outstanding group of Polish theatre companies and artists as part of the Broader Horizons festival in Tianjin and Harbin, China with our production of Album Karla Hockera. We spent two weeks in China, performing the Album four times.  At the end of our tour we managed to visit both the Great Wall and the Forbidden City in Beijing.  Here is the poster from the festival for the show. 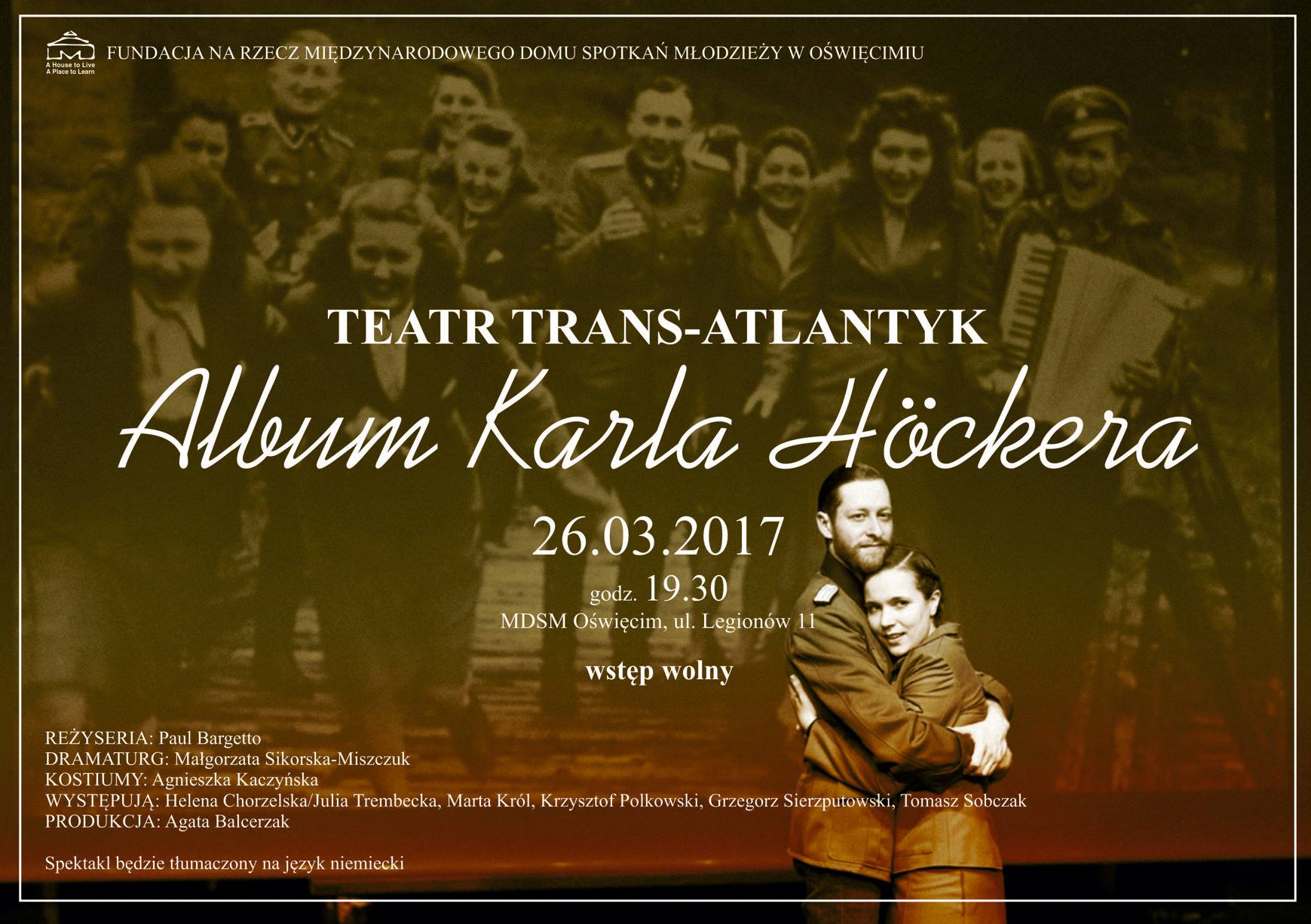 The Album in Oświęcim